Realtor.com®’s March housing data release reveals that the one-two-punch of rising interest rates and all-time high listing prices has moderated demand for homes. A decline in the churn of listings, consistent with recent slow-downs as reported for new and existing home sales, has led to slight inventory improvements despite a lack of growth in newly listed homes. While the median listing price has reached a new all-time high, a greater share of listings are seeing price reductions as sellers adjust to a moderation in buyer demand. This spring’s homebuying season is expected to be less competitive than last year, however activity is still elevated compared to other recent years.

Inventory May See Growth by Summertime

However, this moderation in active inventory is not a supply-driven improvement. In March, newly listed homes decreased by 3.4% on a year-over-year basis and sellers were still listing at rates 12.2% lower than typical of 2017 to 2019 March levels. While newly listed homes looked to be improving in February, in March, sellers listed at a pace just below last year’s levels.

The number of pending listings on a typical day (listings that are at various stages of the selling process that are not yet sold), has declined by 7.4% compared to last March, indicating that a moderation in demand is softening the rate of turnover in inventory. This is consistent with February data on new and existing home sales, which both slipped lower. This moderation is likely caused by the combination of rising interest rates and all-time high listing prices that have increased the cost of financing 80% of the typical home listing by $375 per month. That’s $4,500 per year or 30% higher than this time last year. For homebuyers who are still actively searching for a home, this could provide some relief as competition declines. However, it indicates that some homebuyers may have put buying plans on hold, despite the fact that the current rental market offers little relief from high prices.

The inventory of homes actively for sale in the 50 largest U.S. metros overall decreased by 16.0% over last year in March, an improvement in the rate of decline compared to last month’s 22.1% decrease. Regionally, the inventory of homes in large southern metros are showing the largest year-over-year decline (21.0%) followed by the Northeast (-16.5%), West (-13.1%), and Midwest (-9.4%).

Among larger metropolitan areas, homes saw the greatest yearly decline in time spent on market in the southern metros of Miami (-32 days), Raleigh (-19 days), and Orlando (-19 days). Only Buffalo saw time on market increase. It was up by just two days compared to last year.

The median national home price for active listings grew to a new all-time high of $405,000 in March as listing prices rose faster than typical for this time of year. This represents an annual growth rate of 13.5%, an acceleration from last month’s growth rate of 12.9%. While high, this price growth reflects a larger share of smaller listings. The median listing price per square foot, which is one approach to control for this change, increased by a slightly higher rate of 15.7% year-over-year in March. The median listing price for a typical 2,000 square-foot single family home, which is another metric that somewhat controls for this change, rose 20.3% compared to last year.

However, sellers are responding to a softening of demand. The share of homes having their price reduced increased slightly from 5.8% last March to 6.0% this year, but still remains 9 percentage points below typical 2017 to 2019 levels. Twenty-five of the largest 50 metros saw an increasing share of price reductions in March, compared to just 18 in February.

Note: With the release of its January 2022 data, Realtor.com® incorporated a new and improved methodology for capturing and reporting housing inventory trends and metrics. The new methodology uses the latest and most accurate data mapping of listing statuses to yield a cleaner and more consistent measurement of newly listed homes. As a result of these changes, the newly listed homes data released since January 2022 will not be directly comparable with previous data releases (files downloaded before January 2022) and Realtor.com® economics blog posts. However, future data releases, including historical data, will consistently apply the new methodology. 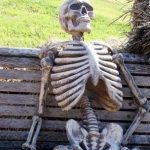 Is the Austin-Round Rock Real Estate Market Going to Crash? Austin New Home Sales Are ‘Normalizing’ As We Near 2021 End 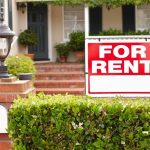 Is Buying A Rental Property Your Ticket To Financial Freedom? 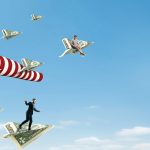 Is It Good News for the Austin-Round Rock Home-Purchase Market?